The Complete Guide on Variable Pay 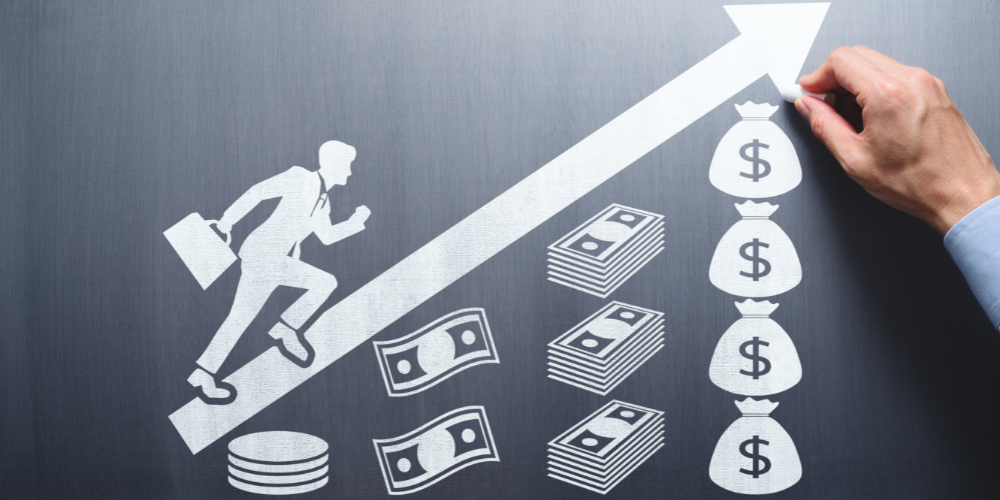 Variable pay, which is also known as commission or incentive pay, is an added compensation that is given to an employee for working exceptionally hard and meeting objectives. Variable pay can be anything from monetary reward to company stock.

In most organizations, variable pay is given to employees on the basis of their performance over a period of time. However, other factors like referrals, the company’s profits, and sales can influence the variable pay as well. It just depends on the organization and which metric they decide to make the basis of this compensation.

While variable compensation is usually given as a supplement to an employee’s base pay, it can be disbursed as a part of their total salary as well. Variable pay, as the name suggests, isn’t fixed and can change significantly after every salary cycle based on how the employee performs against the said metric. Sometimes an employee can receive no variable compensation if they fail to achieve the objective.

Variable pay is common in a number of industries, especially sales and customer service. The incentive of added pay over an employee’s fixed salary can encourage them to work even harder in order to close more deals or serve more customers. This leads to an increase in revenue for the company.

Businesses can decide on what kind of variable compensation plan they want to adopt in their company. What works for one might not work for another and following a one-size-fits-all approach can end up hurting the business in the long run. Here are different criteria for administering variable compensation to employees.

- Variable Pay as a Commission

Suppose you’re responsible for selling four shoe brands on a floor filled with shoes from different brands. A customer walks around the whole store and buys five pairs of shoes, two of which were your shoe brands. From the final bill, a percentage of the total sale value of the two shoes that were brought from your brands will be given to you as a reward for a successful deal.

This is referred to as a variable pay commission system. Here, a salesperson is paid based on the sales they are able to make. Sometimes, no one might buy the shoe of that brand meaning that there’ll be no variable compensation.

- Variable Pay as a Percentage of Sales

Take the example of the shoe store again. This time, instead of selling just four brands, you are given a flexible role where you are shuffled around the floor based on customer demand, product knowledge, absentees, and more. While the brands might change, your job remains the same: sell shoes to customers.

The number of customers that brought a shoe from you is fed into a system that records all-time sales done by you and other employees of the store. After a period of time, say one month or three months, the total value of sales you did is calculated and from that final amount, you’re paid a fixed percentage based on your job stage, total sales, and other factors.

- Variable Pay as a Bonus

The shoe store you’ve been working in is part of a large chain of shoe stores spread across the country. Apart from competing on a personal level with your colleagues, you are competing with different branches to generate more sales. To keep the branches on their feet and have healthy competition, companies can roll out a bonus scheme.

So if the total sales done from each one of your employees reaches a certain target, the company can give bonuses to everyone involved. This kind of incentive encourages teamwork amongst employees so that they work together to achieve targets every time.

Organizations considering variable pay should define eligibility criteria for who will receive the incentive. These criteria can include the job category of an employee, their length of service, job classification, and more.

Here are some common short-term incentive pay plans that companies use:

- Annual Incentive Plan: An annual incentive plan is a payment plan that is given to employees for accomplishing specific results at the end of a certain performance cycle. Targets are set at the beginning of the cycle as per the expected performance of an employee and the company. Annual incentive plans can’t be used freely by the user but can contain a discretionary component that they can use as per their will.

- Spot Awards: Not every award needs to be planned beforehand. Spot awards are such rewards that recognize the especially contributions of an employee during a project or a task. These can generally be accomplished in a short period of time.

- Discretionary Bonus Plan: A discretionary bonus plan doesn’t have a predetermined formula for distribution and isn’t guaranteed that it will be given to employees. In this plan, the management determines how large the bonus pool can be and how much bonus should be allocated to different employees after a performance period.

- Profit-sharing Plan: In a profit-sharing plan, as the name suggests, the employees share their incentives from the organization’s profits. In most profit-sharing plans, there is a predetermined and defined formula that is used to allocate profits among employees and for distributing the funds that were accumulated under the plan.

- Gain-sharing Plan: In gain-sharing plans, employees share the results of productivity gains among each other as a group.

- Team/Small-group Incentives: Sometimes it can be difficult to separate individual contributions in a team effort. This is where these team incentives come into play. These incentive programs focus on the performance achieved by a small group, like a work team. This is helpful when the output from a group is more easily measurable rather than individual efforts.

- Project Bonus: Organizations can work on several projects simultaneously to earn revenue. For completing projects within the stipulated time, the entire department or individuals can be given a form of additional incentive. This motivates them to complete the project on time.

- Retention Bonus: Organizations also pay incentives to retain employees in the company. This can happen with the help of incentive payments or rewards outside of the regular salary of the employee. This also comes in handy when companies need to retain an important person during a crucial business cycle.

Factors to Consider for Variable Pay

Incentives and commissions can bring a lot of value to your organization if implemented correctly. Here are a few factors that you should consider while using this kind of compensation.

For a compensation system based on performance-based rewards, it is important to define success clearly for the employees. What targets they need to achieve, how many sales they need to complete, and other metrics must be measured with an equal scale for each employee. There is no room for ambiguity or loosely defined success measurement guidelines.

Have a look at what kind of incentive plan they are using and if it can be implemented in your business. It won’t be beneficial for any company if there is a huge difference between salaries and compensation plans. Being on par with the competition also gives an edge while hiring potential employees or retaining existing ones.

The compensation plan should always reflect the culture of an organization. It is not necessary for employees of every company to be adjudged over their achievements rather than their contributions. Similarly, incentives aren’t available for every department. For instance, variable pay is not necessary for content writers or market researchers but for the sales and marketing department, it is a vital requirement.

Keeping the terms and conditions for variable compensation should be kept as simple to understand and straightforward as possible. Complete A to get B: this is how simple the incentive plan should be. Employees that find it easy to understand are much more likely to be motivated in applying it to be rewarded.

Compensation plans can change as per the market demand, condition of the company, available employee strength, and other factors. This change should be updated to the employees on a regular basis so that they are always informed about what they need to do and what their updated target has become.

Targets are there to encourage employees to push themselves. By achieving it, they not only get a chance to be paid extra, but it gives an internal sense of satisfaction as well. This is why it is important that the targets you set for the employees are realistic and achievable. Otherwise, it can have a negative effect on them and seeing that the targets are somewhat unachievable, they end up putting in even less of an effort.

A variable pay plan needs to be flexible for accommodating and unforeseen changes. While this can sound similar to updating the plan, there is a slight difference. In a flexible variable compensation plan, the objectives can change for an employee or a team due to genuine reasons or unavoidable circumstances. Unavailability of the product, change in business goals, and more can be some of the factors that an organization can consider while disbursing incentives.

How can Incentivate Help with Variable Pay?

A variable pay commission management system can provide a lot of benefits to enterprises and SMEs alike. For any organization that wants to increase its productivity, improving its performance is a vital requirement. And improving the performance of employees, incentives can work like a charm.

But if you are a company that is just on the brink of making it big on the market and don’t have much time to waste, a variable pay management system can be really advantageous. As the number of employees, SKUs, metrics and customers will increase, capturing and managing data manually will become difficult.

This is where variable pay software like Incentivate come into the picture. Calculating sales commissions can be a difficult and error-prone process. Incentivize automates the sales commissions calculation so that you can deliver accurate and timely payments to your employees. It also enhances the transparency of your existing salesforce so that you can be aware of their performance in real-time.

Being a no-code sales commission and variable pay management system, it can easily be used by the sales team and other employees without any hassle. With integration with the most commonly used CRMs, ERP software, HRMS, and more, Incentivate gets a 360-degree view of the organization and everyone working in it.

Calculating and analysing key business metrics becomes easier with Incentivate’s interactive and visual reports. Business managers can measure the outcome of efforts from each employee and identify actionable business insights. This makes it easier to understand whether an individual or a team is eligible for any incentives and how much would they be paid.

Implementing Incentivate in the organization is pretty straightforward and its intuitive UI and innovative design help in faster implementation. The best part of this is that it can seamlessly scale as per the company and covers every role in an organization. It ensures that your data remains secure by following international guidelines and requirements for security and compliance.